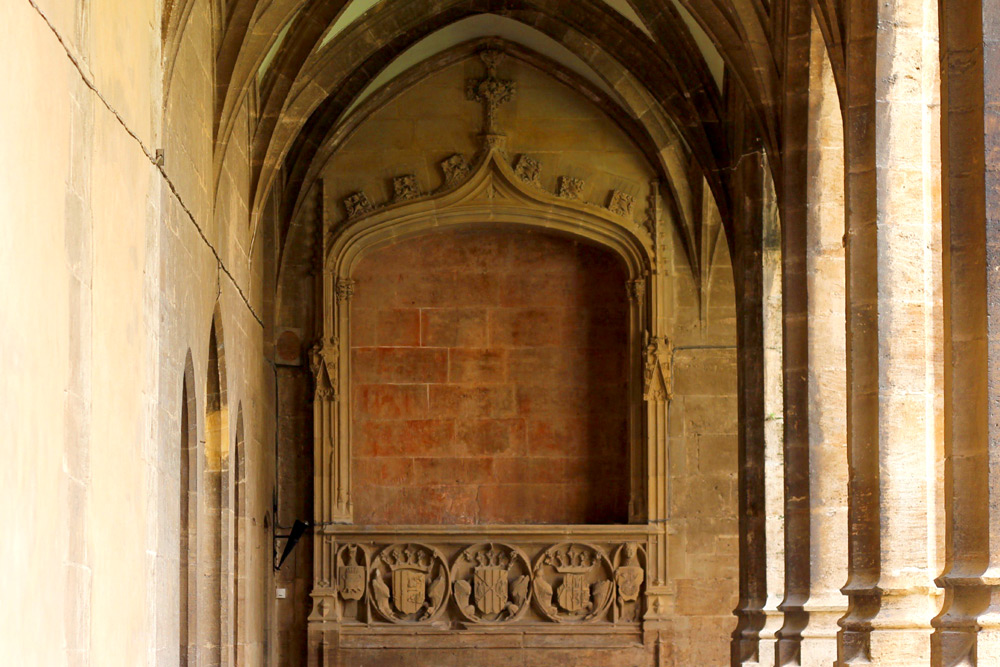 The beautiful stone sarcophagus of Queen María de Castilla, wife of Alfonso V The Magnanimous and aunt of Isabel la Católica, represents the only royal tomb occupied in the Valencian Community and acquires its uniqueness by its special construction and finishing, attributed to Antoni Dalmau , from numerous elements in common with other works such as the alabaster altarpiece of the chapel of the Holy Chalice of the Cathedral of Valencia. According to his wishes, the queen was buried in him dressed in the habit of the Franciscan Poor Clares.

The team of Valentia Ars Magna has coordinated the cleaning and virtual reconstruction works of the magnificent arcosolio in several successive phases, recovering the original color of the stone, as well as a red chromatism not previously noticeable.

“[…]The sepulcher of Queen Maria is still at the head of the church, but not in its interior, but in the part that recalls the cloister and, therefore, within the monastic cloister, clearly expressing the desire of the queen to remain with your beloved nuns Nestled under a deep arcade in the concave of the wall of the church, on the side corresponding to the gospel, so that the head of the queen falls to the place of the old chapel of San Miguel and the feet towards the high altar […] . Its arcosolio is formed by an ogee arch adorned with six cardinals and topped by a vegetable pompous of very fine wood; flanked by two pinnacles[…].

The sarcophagus displays on its forehead three crowned shields and enclosed in circles: in the center, quartered in a vane, the arms of Aragon and Sicily, and in the two immediate ones, these joined to those of Castile, corresponding to the condition of Dona Maria as Queen of Aragon and Infanta de Castilla. All of them are provided with splendid crowns in a round shape, today unfortunately mutilated. At the ends, two other circles present bas-reliefs with a lily of three stems and a steaming pot on trivets, symbols perhaps of the Trinity. Both emblems are supported by effigies of rampant lions. The composition and symbols are very expressive of the taste of the time for the emblems and allegories and also appear on the back of the lead seal of certain bulls with the granting of indulgences in favor of the works of the monastery […]. All this extremely detailed sculptural work is of great virtuosity and delicacy[…]” 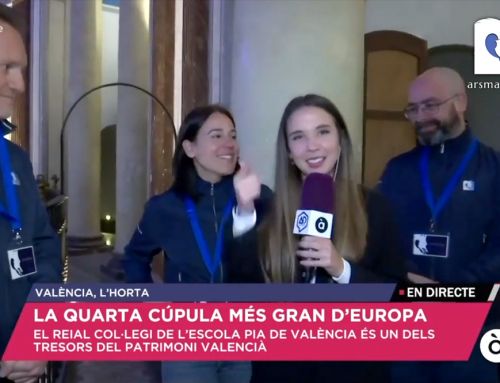 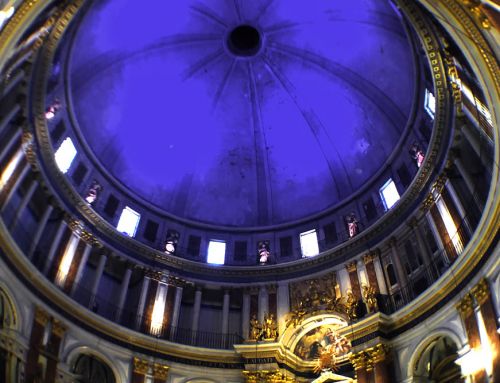 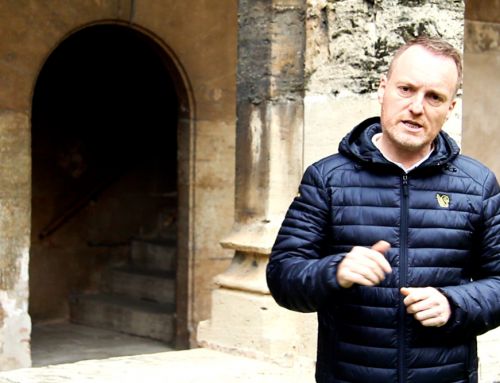 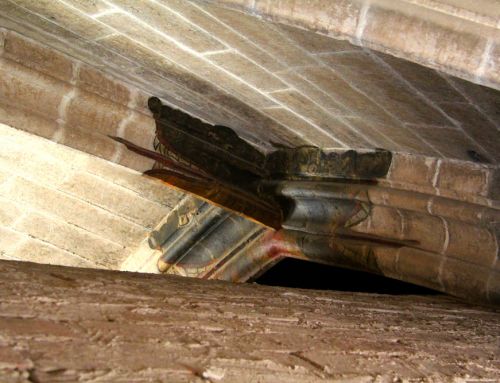 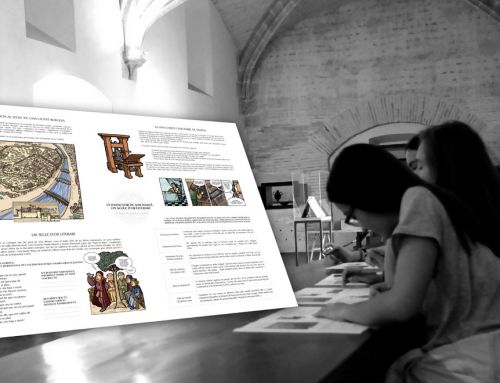 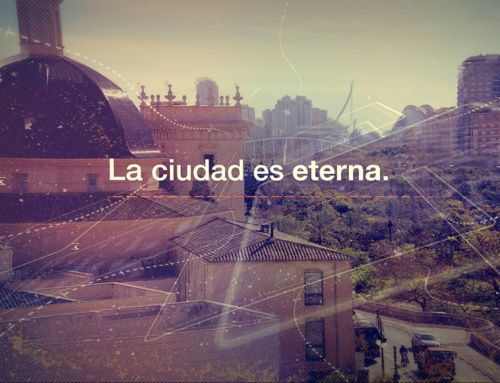 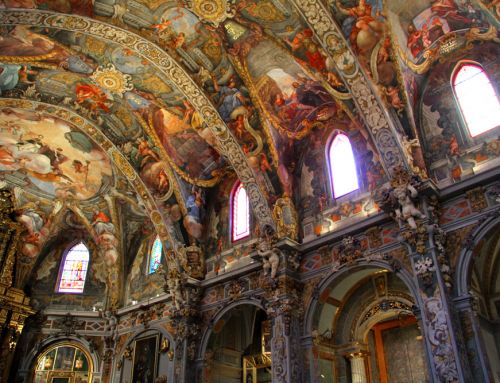 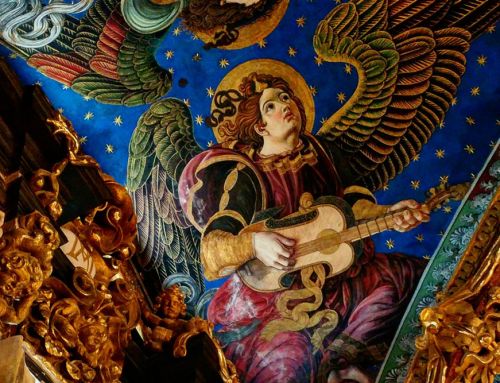 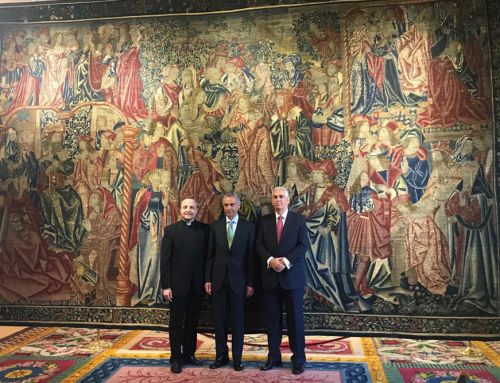 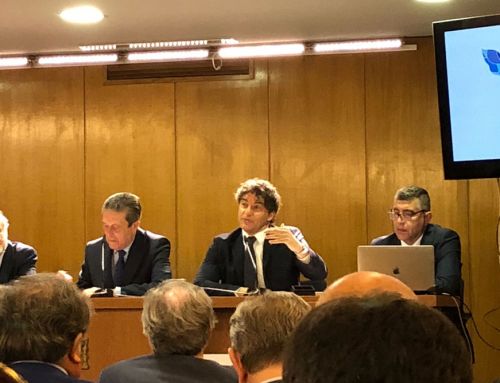 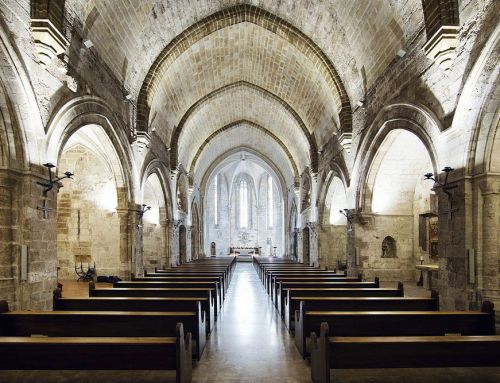 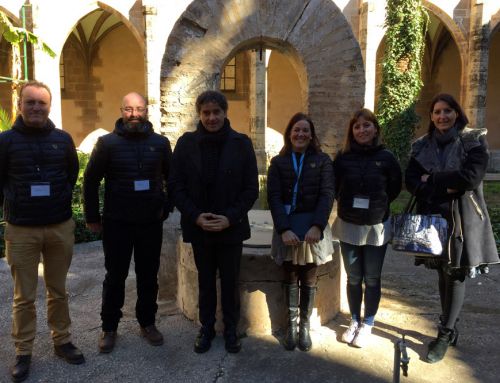 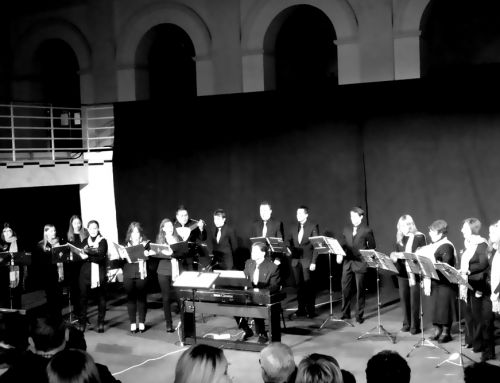 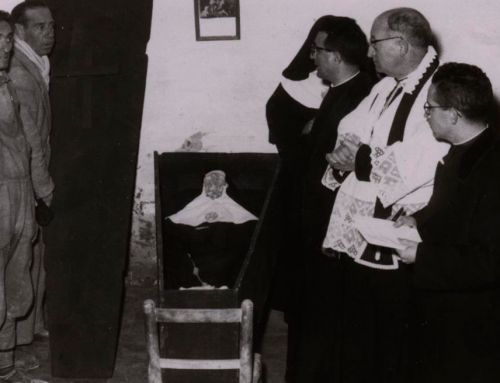 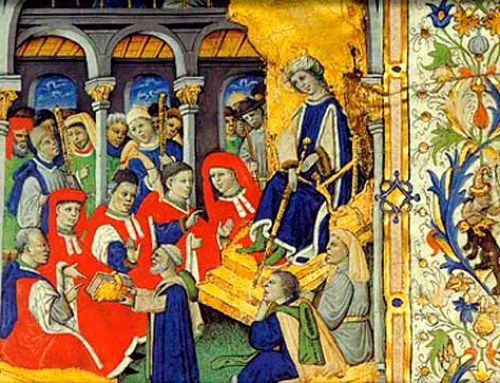